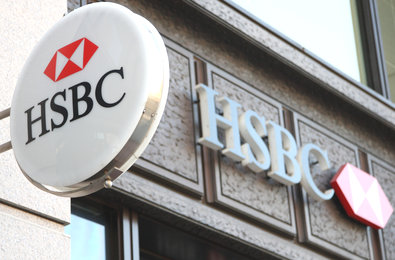 Tomohiro Ohsumi/Bloomberg News
Updated: Dec. 11, 2012
Money Laundering Settlement
In 2012, HSBC faced state and federal investigations into money laundering, as prosecutors concluded that the bank had transferred billions of dollars for nations like Iran and enabled Mexican drug cartels to move money illegally through its American subsidiaries. But in December, authorities decided not to seek an  indictment over concerns that criminal charges could jeopardize one of the world’s largest banks and ultimately destabilize the global financial system.
Instead, HSBC announced that it had agreed to a record $1.92 billion settlement.
While the settlement with HSBC is a major victory for the government, the case raises questions about whether certain financial institutions, having grown so large and interconnected, are too big to indict.
Some prosecutors wanted the bank to plead guilty to violations of the federal Bank Secrecy Act, which requires financial institutions to report any cash transaction of $10,000 or more and to bring any dubious activity to the attention of regulators.
Given the extent of the evidence against HSBC, some prosecutors saw the charge as a healthy compromise between a settlement and a harsher money-laundering indictment. While the charge would most likely tarnish the bank’s reputation, some officials argued that it would not set off a series of devastating consequences. But Treasury Department officials and bank regulators at the Federal Reserve and the Office of the Comptroller of the Currency urged caution.
The HSBC deal includes a deferred prosecution agreement with the Manhattan district attorney’s office and the Justice Department.
British tax authorities have said that they were looking into a list of HSBC clients with bank accounts in the tax haven of Jersey after receiving information from a whistle-blower.
Overview
HSBC is the largest financial institution in Europe.
The bank has long been seen as one of the more conservatively run and trustworthy of the financial giants based in London. But in July 2012 it came under scathing criticism, when its executives admitted that the bank had failed to prevent large-scale money laundering.
A Senate subcommittee reported that HSBC had been used by Mexican drug cartels looking to get cash back into the United States, by Saudi Arabian banks that needed access to dollars despite their terrorist ties, and by Iranians who wanted to circumvent U.S. sanctions. The panel concluded that bank executives and regulators at the Office of the Comptroller of the Currency ignored warning signs and failed to stop the illegal behavior at various times between 2001 and 2010.